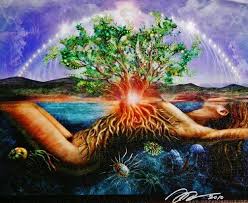 Daily God’s creation is under assault but remember our earth has rights.  People are increasingly aware of the harm inflicted on the earth.  Because of these afflictions people suffer and die.  There are storms, pollutants, toxic waste, and ultraviolet rays.  Humans are exposed to thousands of man-made chemicals in the air and our waterways.  These concerns are prevalent in the following ways:

● The greenhouse effects of gas emissions

● The depletion of the earth’s gaseous shield

● The effects of breathing contaminated air

● Proliferation of housing in forested areas

● Pollutants in our water systems

Wernher Von Braun (1912–1977), a German aerospace engineer said, “Finite man cannot begin to comprehend an omnipresent, omniscient, omnipotent, and infinite God … I find it best to accept God through faith, as an intelligent will, perfect in goodness and wisdom, revealing Himself through His creation.”  It’s clear from the way we are treating God’s creation not much thought is given to the wisdom of protecting our earthly home.

Caring for the Earth

There have been calls from prominent environmentalists for mandatory cuts in air pollution, but these warnings haven’t worked well.  The Bering glaciers in Alaska are being ruined.  Airplanes’ exhaust emissions although improved continue to cause global warming.  Dianne Feinstein (b. 1933), a senator of California wrote, “Global warming is real.  It is happening today.  It is being charted by our satellites.  It is being charted by our scientists.  It is being charted by those of us in this body [senate], and I think the real key is if we are ready to admit that fact and take the action to make the necessary conversion.”  Yet there are some who deny such a problem exists.  But since the Clean Air Act was passed in 1970 attempts were made for Americans to purchase efficient housing, cars and appliances.

Jane Goodall (b. 1934), an English primatologist and anthropologist said, “You cannot get through a single day without having an impact on the world around you.  What you do makes a difference, and you have to decide what kind of difference you want to make.”  If according to Goodall everyone impacts our environment it’s therefore necessary for all of us to be responsible in making the earth more habitable.  Still the air in some cities worldwide, are filled with pollutants that cause a decrease in lung function, and make breathing difficult.  People attempting to exercise in these conditions are doing so at their own risk, for air pollutants could lead to cardiovascular disease, and eventual death.

People also face problems with pollutants in our waters.  These waters are contaminated with organic materials, suspended solids, bacteria, and toxic substances.  Not long ago in Mexico City untreated waste waters were used to irrigate croplands.  In the past fleets from the cruise industries dumped oily waste at sea.  There were beaches that had to be closed because of hospital waste washed up on shores.  Disposal of toxic waste in our waterways from livestock operations have even made residents sick.

Eva Morales (b. 1959), a Bolivian politician said, “Sooner or later, we will have to recognize that the Earth has rights, too, to live without pollution.  What mankind must know is that human beings cannot live without Mother Earth, but the planet can live without humans.”  It’s mandatory that we treat the earth – God’s great gift to us, respectfully, so it could be well again. Pope Francis's Encyclical Laudato Si’ was a stirring work that focuses on caring for the earth and upholding the rights of the marginalized. This lengthy reflection by the Holy Father is worth reading, for it captures our troubles and offers solutions. 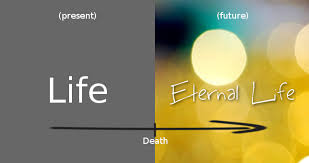